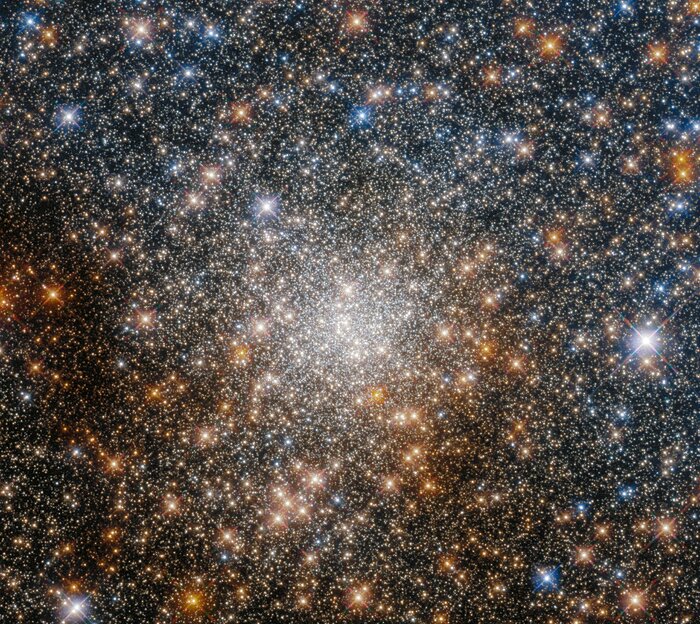 This star-studded image shows the globular cluster Terzan 9 in the constellation Sagittarius, towards the centre of the Milky Way. The NASA/ESA Hubble Space Telescope captured this glittering scene using its Wide Field Camera 3 and Advanced Camera for Surveys.

Globular clusters are stable, tightly bound groupings of tens of thousands to millions of stars. As this image demonstrates, the hearts of globular clusters can be densely packed with stars; the night sky in this image is strewn with so many stars that it resembles a sea of sequins or a vast treasure chest crammed with gold.

This starry snapshot is from a Hubble programme investigating globular clusters located towards the heart of the Milky Way. The central region of our home galaxy contains a tightly packed group of stars known as the Galactic bulge, which is also rich in interstellar dust. This dust has made globular clusters near the Galactic centre difficult to study, as it absorbs starlight and can even change the apparent colours of the stars in these clusters. Hubble's sensitivity at both visible and infrared wavelengths has allowed astronomers to measure how the colours of these globular clusters have been changed by interstellar dust, and thereby to establish their ages.