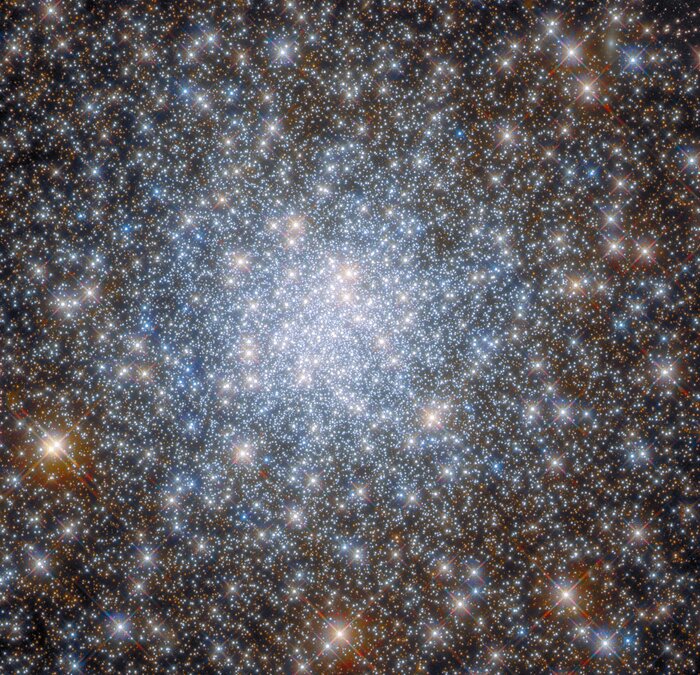 This star-studded image from the NASA/ESA Hubble Space Telescope shows the heart of the globular cluster NGC 6638 in the constellation Sagittarius. The star-strewn observation highlights the density of stars at the heart of globular clusters, which are stable, tightly bound clusters of tens of thousands to millions of stars. To capture the data in this image, Hubble used two of its cutting-edge astronomical instruments: Wide Field Camera 3 and the Advanced Camera for Surveys.

Hubble revolutionised the study of globular clusters, as it is almost impossible to clearly distinguish the stars in globular clusters with ground-based telescopes. The blurring caused by Earth’s atmosphere makes it impossible to tell one star from another, but from Hubble’s location in low Earth orbit the atmosphere no longer poses a problem. As a result, Hubble has been used to study what kind of stars globular clusters are made up of, how they evolve, and the role of gravity in these dense systems.

The NASA/ESA/CSA James Webb Space Telescope will further our understanding of globular clusters by peering into those globular clusters that are currently obscured by dust. Webb will predominantly observe at infrared wavelengths, which are less affected by the gas and dust surrounding newborn stars. This will allow astronomers to inspect star clusters that are freshly formed, providing insights into stellar populations before they have a chance to evolve.