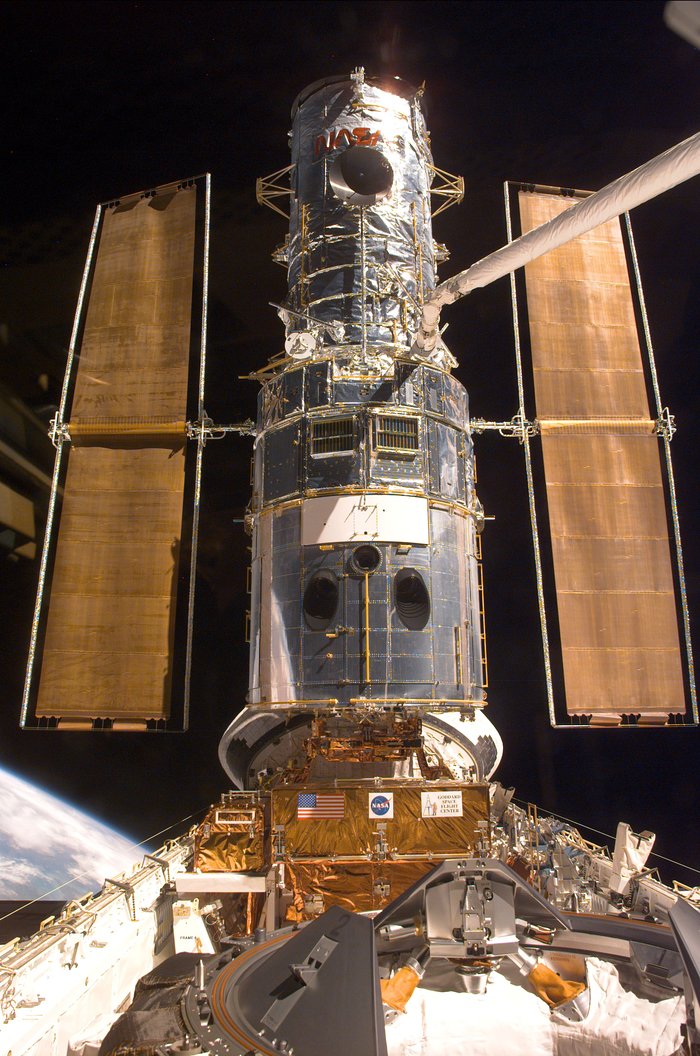 Hubble in the Space Shuttle cargo bay during Servicing Mission 3A in 1999.

This electronic still camera's view and others in this series showing the Hubble Space Telescope (HST) being berthed in Discovery's bay were recorded during and soon after capture.