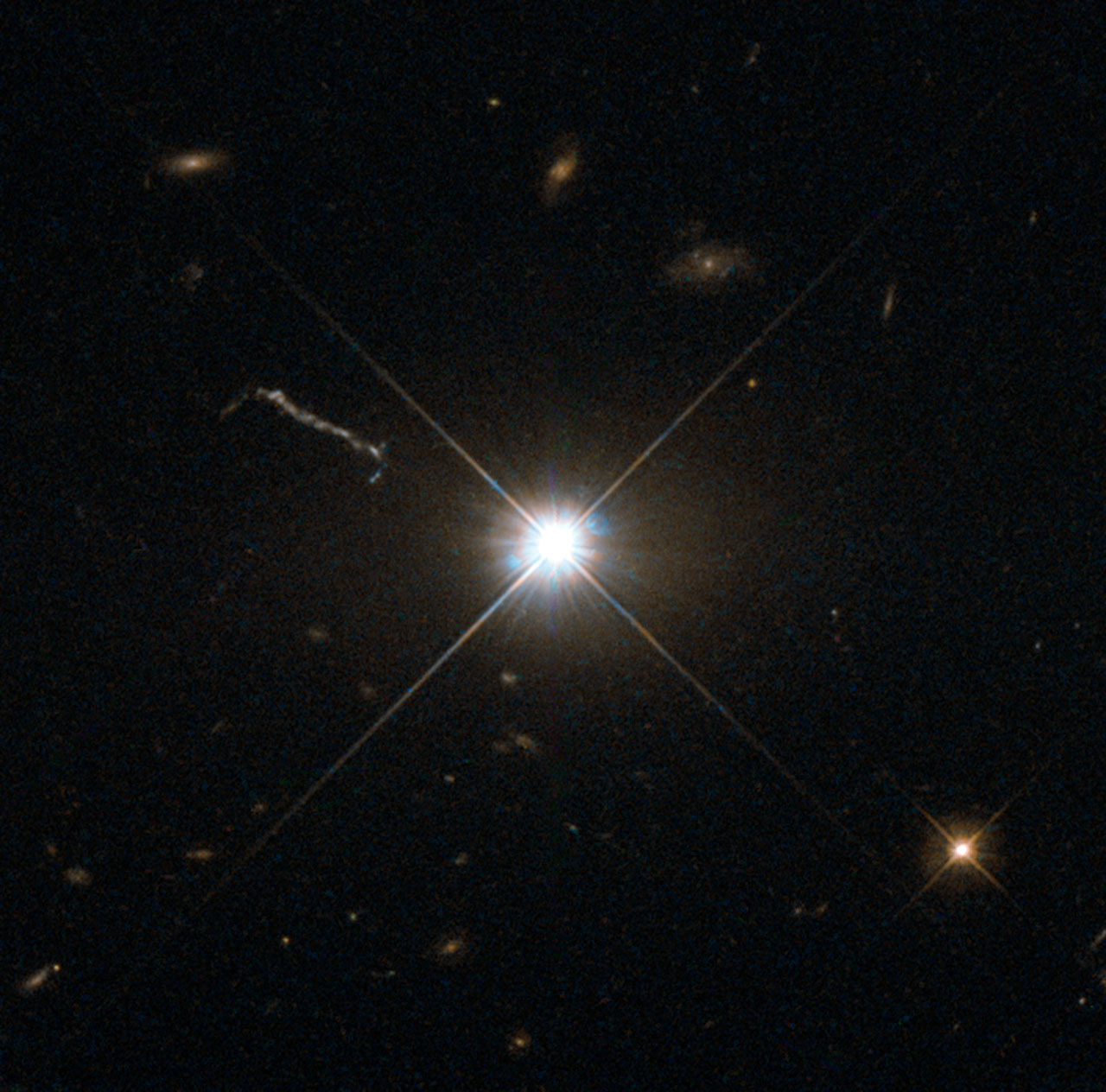 A quasar is an extremely active and luminous type of active galactic nucleus (AGN). All quasars are AGNs, but not all AGNs are quasars.

Quasars are a subclass of active galactic nuclei (AGNs), extremely luminous galactic cores where gas and dust falling into a supermassive black hole emit electromagnetic radiation across the entire electromagnetic spectrum. The gas and dust become luminous as a result of the extreme gravitational and frictional forces exerted on them as they fall into the black hole. Quasars are amongst the most luminous objects in the known Universe, typically emitting thousands of times more light than the entire Milky Way. They are distinguished from other AGNs by their enormous luminosity, and their enormous distances from Earth. As the speed of light is finite, objects observed from Earth are seen as they were when the light we see left them. The nearest quasars to Earth are still several hundred million light-years away, meaning that they are observed now as they were 600 million years ago. The absence of quasars closer to Earth does not mean that there were never quasars in our region of the Universe, but instead means that quasars existed when the universe was younger. The study of quasars provides fascinating insights into the evolution of the Universe.

In 1996 Hubble’s 100 000th exposure was celebrated by capturing an image of a quasar located 9 billion light-years from Earth.

In 2019 it was announced that Hubble had observed the brightest quasar in the early Universe. After 20 years of searching, astronomers identified the ancient quasar with the help of strong gravitational lensing. A dim galaxy is located right between the quasar and Earth, bending the light from the quasar and making it appear three times as large and 50 times as bright as it would be without the effect of gravitational lensing. Even still, the lensed quasar is extremely compact and unresolved in images from optical ground-based telescopes. Only Hubble’s sharp vision allowed it to resolve the system, and this unique object provides an insight into the birth of galaxies when the Universe was less than a billion years old. Hubble’s study of gravitationally lensed quasars has also contributed to our understanding of the rate of expansion of the Universe.

Hubble has also imaged quasar ghosts — ethereal green objects which mark the graves of these objects that flickered to life and then faded. These unusual structures orbit their host galaxies and glow in a bright and eerie green hue, and offer insights into the pasts of these galaxies. 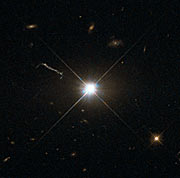 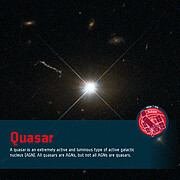 Quasar
A quasar is an extremely active and luminous type of active galactic nucleus (AGN). All quasars are AGNs, but not all AGNs are quasars.