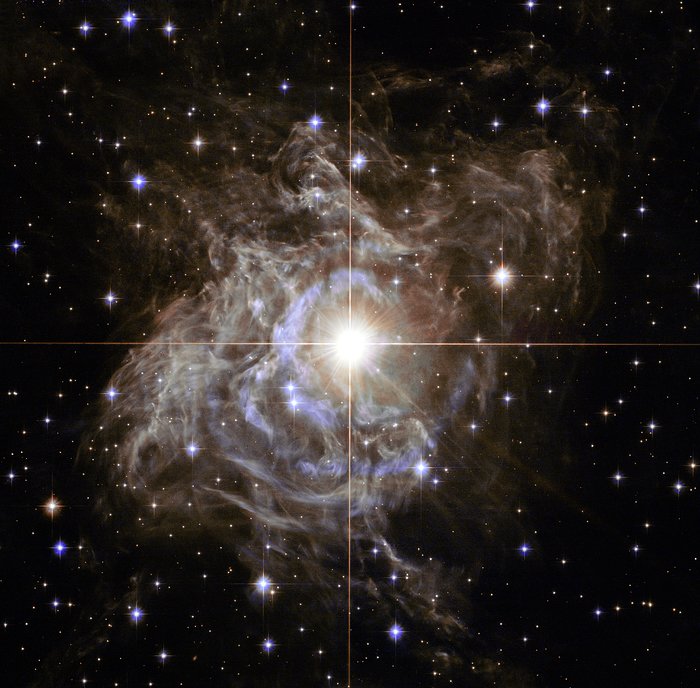 This Hubble image shows RS Puppis, a type of variable star known as a Cepheid variable. As variable stars go, Cepheids have comparatively long periods — RS Puppis, for example, varies in brightness by almost a factor of five every 40 or so days.

RS Puppis is unusual; this variable star is shrouded by thick, dark clouds of dust enabling a phenomenon known as a light echo to be shown with stunning clarity.

These Hubble observations show the ethereal object embedded in its dusty environment, set against a dark sky filled with background galaxies.