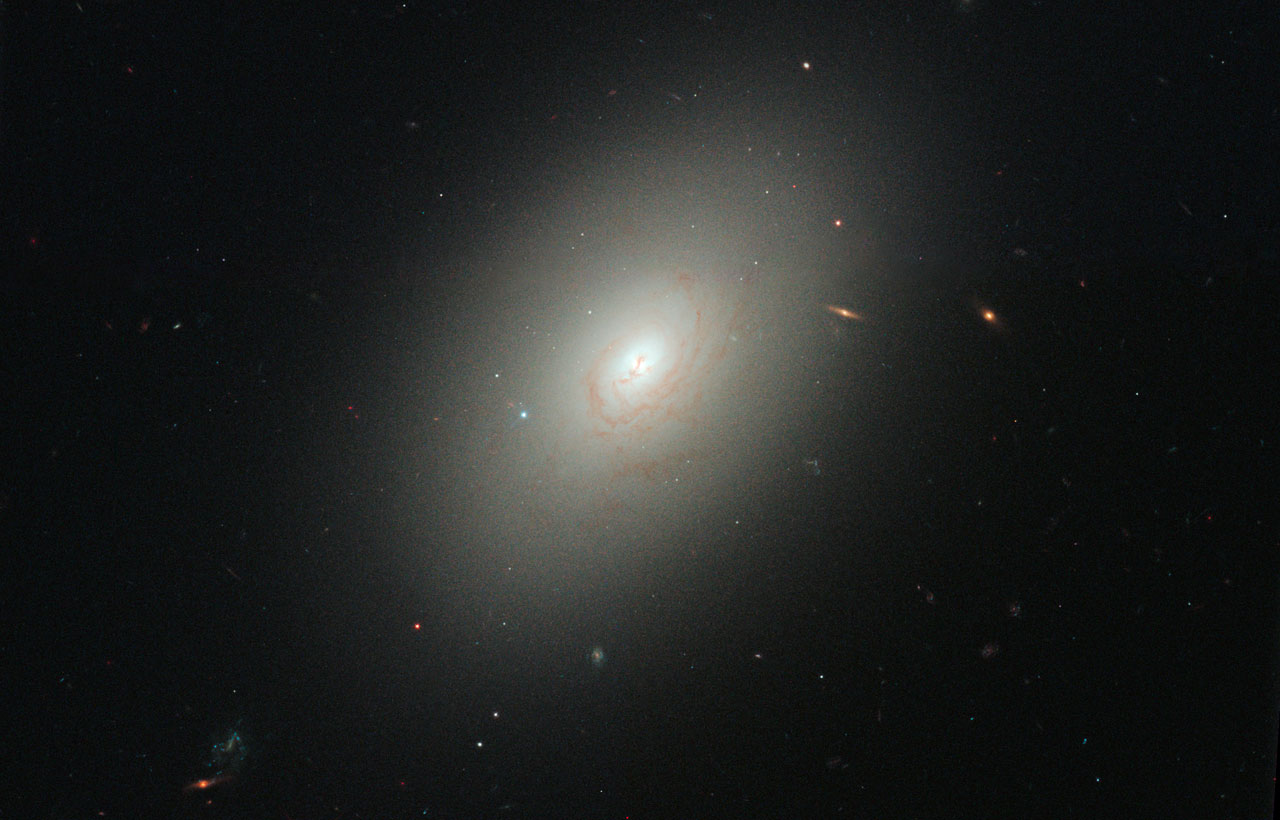 Elliptical galaxies have an even, ellipsoidal shape. They typically contain a much greater proportion of older stars than spiral galaxies do.

Recently, the Hubble Space Telescope and ESO's Very Large Telescope (VLT) were used to help solve an astrophysical mystery that had centred on the most massive elliptical galaxies. These gigantic ‘red and dead’ galaxies were not always so inactive. In fact, earlier in the history of the Universe, the evolutionary precursors to these massive galaxies were full of gas and forming stars at a prodigious rate. Thanks to Hubble and the VLT, astronomers were able to show for the first time how star formation in these ‘dead’ galaxies actually sputtered out billions of years ago. Hubble has also captured beautiful imagery of elliptical galaxies throughout its more than 30-year history. This includes detailed views of the elliptical galaxies NGC 4150 and NGC 2768. 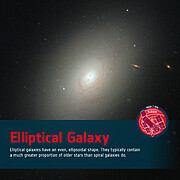 Elliptical Galaxy
Elliptical galaxies have an even, ellipsoidal shape. They typically contain a much greater proportion of older stars than spiral galaxies do.