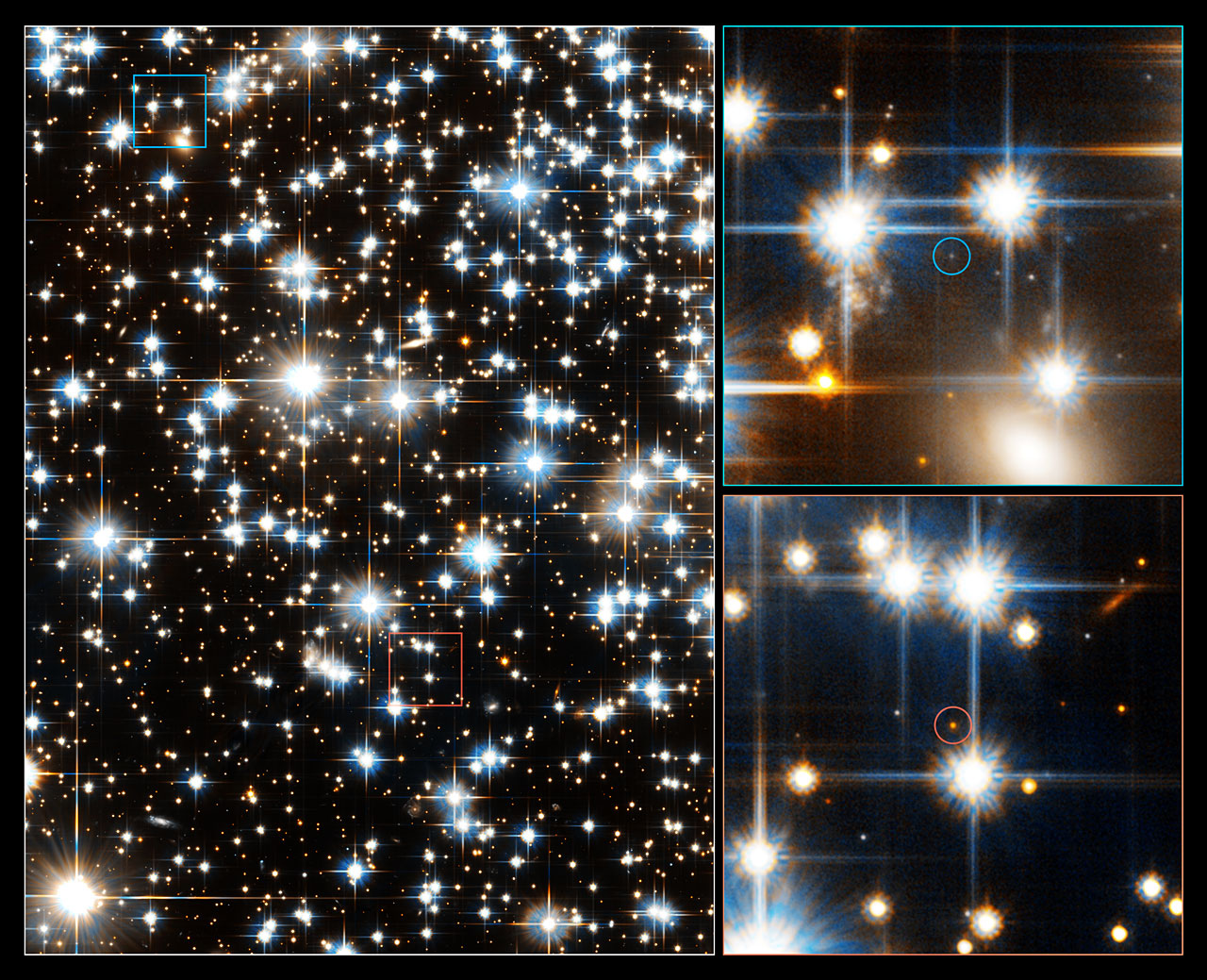 A white dwarf is the stellar core left behind after a dying star has exhausted its nuclear fuel and expelled its outer layers to form a planetary nebula.

The ultimate fate of a star depends on its initial mass. There are several possible ways in which certain stars (with initial masses between around 80% to ten times that of the Sun) might eventually become white dwarfs. The vast majority of white dwarfs are formed after a dying star has shed its outer layers to form a planetary nebula, leaving behind an approximately Earth-sized inner core that is the white dwarf. Other white dwarfs in binary systems may explode as novae but then not go on to form a neutron star or a black hole. More massive stars have a different fate and explode as supernovae, White dwarfs no longer support nuclear fusion reactions that generate energy, but they are still extremely hot. They cool over time, and it is predicted that they would ultimately form ‘black dwarfs’, although the Universe is likely not old enough for any black dwarfs to exist yet. The luminosity of white dwarfs can therefore be used by astronomers to measure how long ago star formation began in a particular region. By providing important ‘fossil’ records of the stars that they formed from, white dwarfs are an important cosmological tool.

In 2006 Hubble was the first telescope to directly observe white dwarfs in globular star clusters, which astronomers reported as the dimmest stars ever seen in a globular star cluster. Hubble's Advanced Camera for Surveys completed a census of two distinct stellar populations in one cluster, known as NGC 6397, and surveyed the faintest dwarf stars.

In 2013 Hubble found signs of Earth-like planets in the atmospheres of a pair of white dwarf stars roughly 150 light-years away and only 625 million years old. Hubble's spectroscopic observations identified silicon in the atmospheres of the two white dwarfs, a major ingredient of the rocky material that forms Earth and other terrestrial planets in the Solar System. Silicon may have come from asteroids that were shredded by the white dwarfs’ gravity when they veered too close to the stars. The rocky debris likely formed a ring around the dead stars, which then funnelled the material inwards. 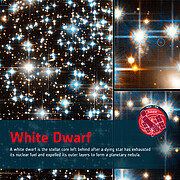 White Dwarf
A white dwarf is the stellar core left behind after a dying star has exhausted its nuclear fuel and expelled its outer layers to form a planetary nebula.