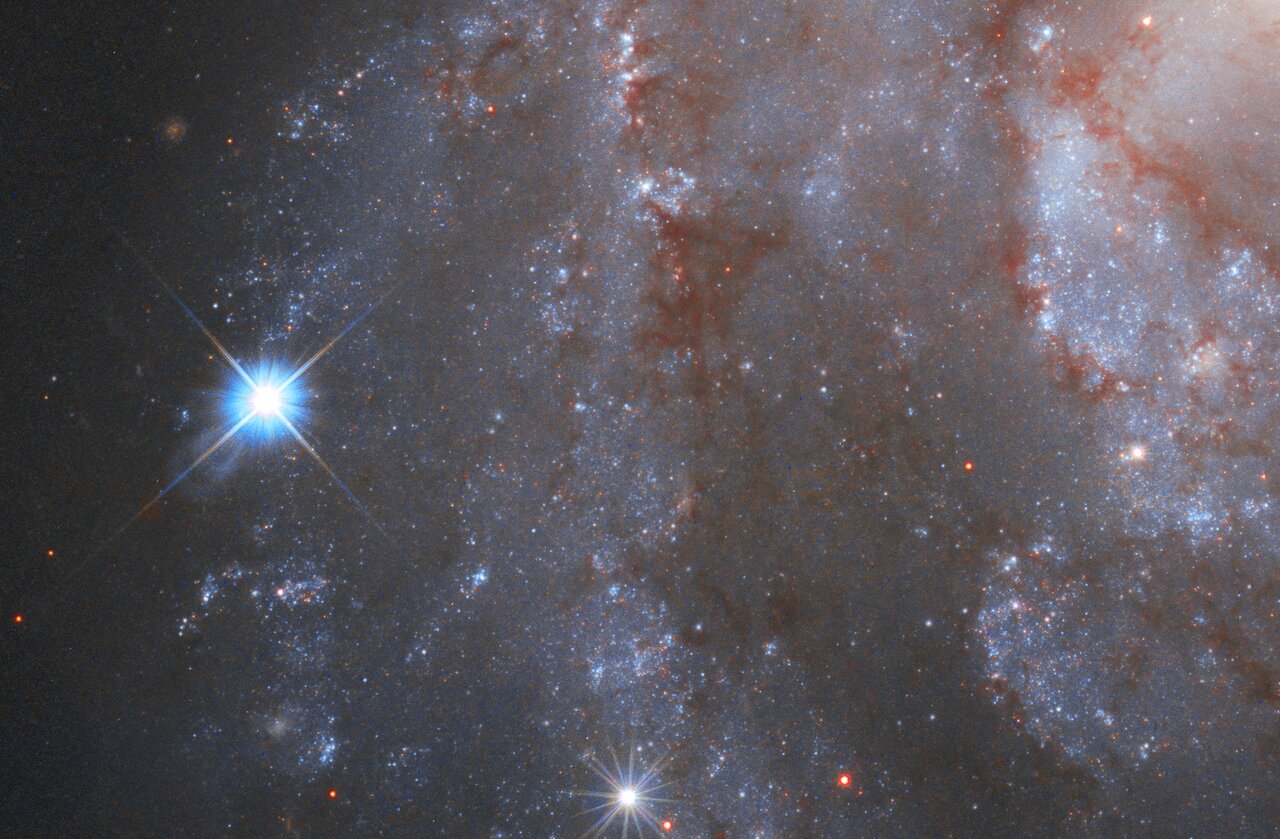 Supernovae are dramatic explosions that take place during the final stages of the death of a supermassive star.

Most stages of astronomical evolution happen over timescales far longer than a human lifetime, and even far longer than humanity’s entire history. Supernova explosions are spectacular exceptions to that rule. Several different pathways can lead to a supernova explosion, one of which is the death of a supermassive star. After a supermassive star has begun to die, it goes through various stages of fusing different elements, forming a red supergiant. During this process, more and more heavy material is deposited onto the stellar core. Once the core’s mass tips past a certain threshold it collapses under its own gravity. As the core collapses, the outer layers are blasted outwards in a supernova, the biggest explosion known to occur in the Universe. At its peak, a supernova can be brighter than an entire galaxy and can reach a diameter several light-years across. Supernovae reach their peak luminosity in a matter of days, so their appearance and early decline can very much be observed in real time — in fact, some supernova events were first detected by amateur astronomers.

Hubble's sharp vision means that it can see supernovae that are billions of light years away and difficult for other telescopes to study. A supernova image from the ground usually blends in with the image of its host galaxy. Hubble can distinguish the light from the two sources and thus measure the supernova directly.

The top scientific justification for building Hubble was to determine the size and age of the Universe from observations of Cepheid variables in distant galaxies. Cepheids are a special type of variable star with very stable and predictable brightness variations. This means that astronomers, just by looking at the variability of their light, can find out about the Cepheids' physical nature, which then can be used very effectively to determine their distance. For this reason cosmologists call Cepheids 'standard candles'. Astronomers have used Hubble to observe Cepheids with extraordinary results, and they have then been used as stepping-stones to make distance measurements to supernovae, which have, in turn, provided a measure of the scale of the Universe. Today we know the age of the Universe to a much higher precision than before Hubble: around 13.7 billion years.

One of Hubble's initial 'core' purposes was to determine the rate of expansion of the Universe, known to astronomers as the Hubble Constant. After eight years of Cepheid observations this work concluded by finding that the rate of expansion is increasing. Hubble's sharp vision means that it can see supernovae that are billions of light years away and difficult for other telescopes to study. A supernova image from the ground usually blends in with the image of its host galaxy. Hubble can distinguish the light from the two sources and thus measure the supernova directly.

From Hubble’s supernova results, it seems clear that the expansion is nowhere near slowing down. In fact, due to some mysterious property of space itself, called dark energy, is causing the expansion to accelerate and this will continue forever. This surprising conclusion came from combined measurements of remote supernovae with most of the world’s top-class telescopes, including Hubble. Recent supernova results indicate that the expansion did not always accelerate, but began accelerating when the Universe was less than half its current age.

When the first nearby supernova for centuries (Supernova 1987A) exploded in the Large Magellanic Cloud in 1987 it was scrutinised with every available telescope on Earth. Hubble was the first to see the event in high resolution, clearly imaging the main ring that blazes around the exploded star. Hubble has turned its gaze to the site of this unique event 150 000 light-years away on several occasions, and thanks to its very high resolution it has been possible to monitor in detail the progress of the cataclysmic explosion. This includes 2017, when Hubble took another image of the distant explosion on the occasion of the supernova’s 30th anniversary.

Hubble has also tracked the fading light of a supernova in the spiral galaxy NGC 2525, located 70 million light-years away (watch the unique timelapse created by the ESA/Hubble team here). Because supernovae of this type produce this fixed brightness, they are useful tools for astronomers — standard candles which act as cosmic tape measures. Knowing the actual brightness of the supernova and observing its apparent brightness in the sky, astronomers can calculate the distance to these grand spectacles and therefore to their host galaxies. 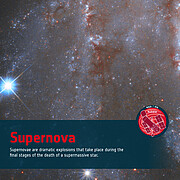 Supernova
Supernovae are dramatic explosions that take place during the final stages of the death of a supermassive star.

Time-Lapse of Supernova in NGC 2525
This video shows a unique time-lapse of the supernova in galaxy NGC 2525.