Aftermath of a Cosmic Cataclysm 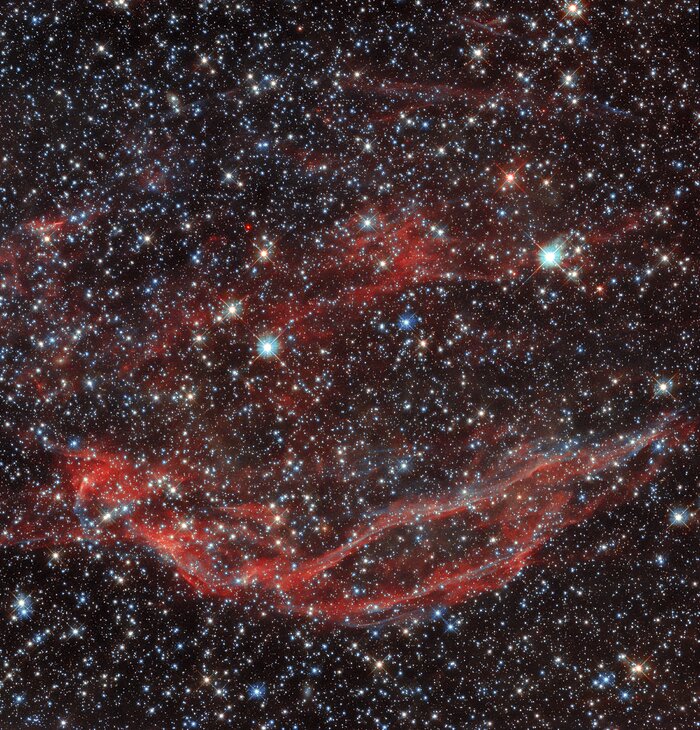 This image from the NASA/ESA Hubble Space Telescope shows the tattered remnant of a supernova — a titanic explosion marking the end of the life of a dying star. This object — known as DEM L249 — is thought to have been created by a Type 1a supernova during the death throes of a white dwarf. While white dwarfs are usually stable, they can slowly accrue matter if they are part of a binary star system. This accretion of matter continues until the white dwarf reaches a critical mass and undergoes a catastrophic supernova explosion, ejecting a vast amount of material into space in the process.

DEM L249 lies in the constellation Mensa and is within the Large Magellanic Cloud (LMC), a small satellite galaxy of the Milky Way only 160 000 light-years from Earth. The LMC is an ideal natural laboratory where astronomers can study the births, lives, and deaths of stars, as this region is nearby, oriented towards Earth, and contains relatively little light-absorbing interstellar dust. The data in this image were gathered by Hubble’s Wide Field Camera 3 instrument, and were obtained during a systematic search of the LMC for the surviving companions of white dwarf stars which have gone supernova.