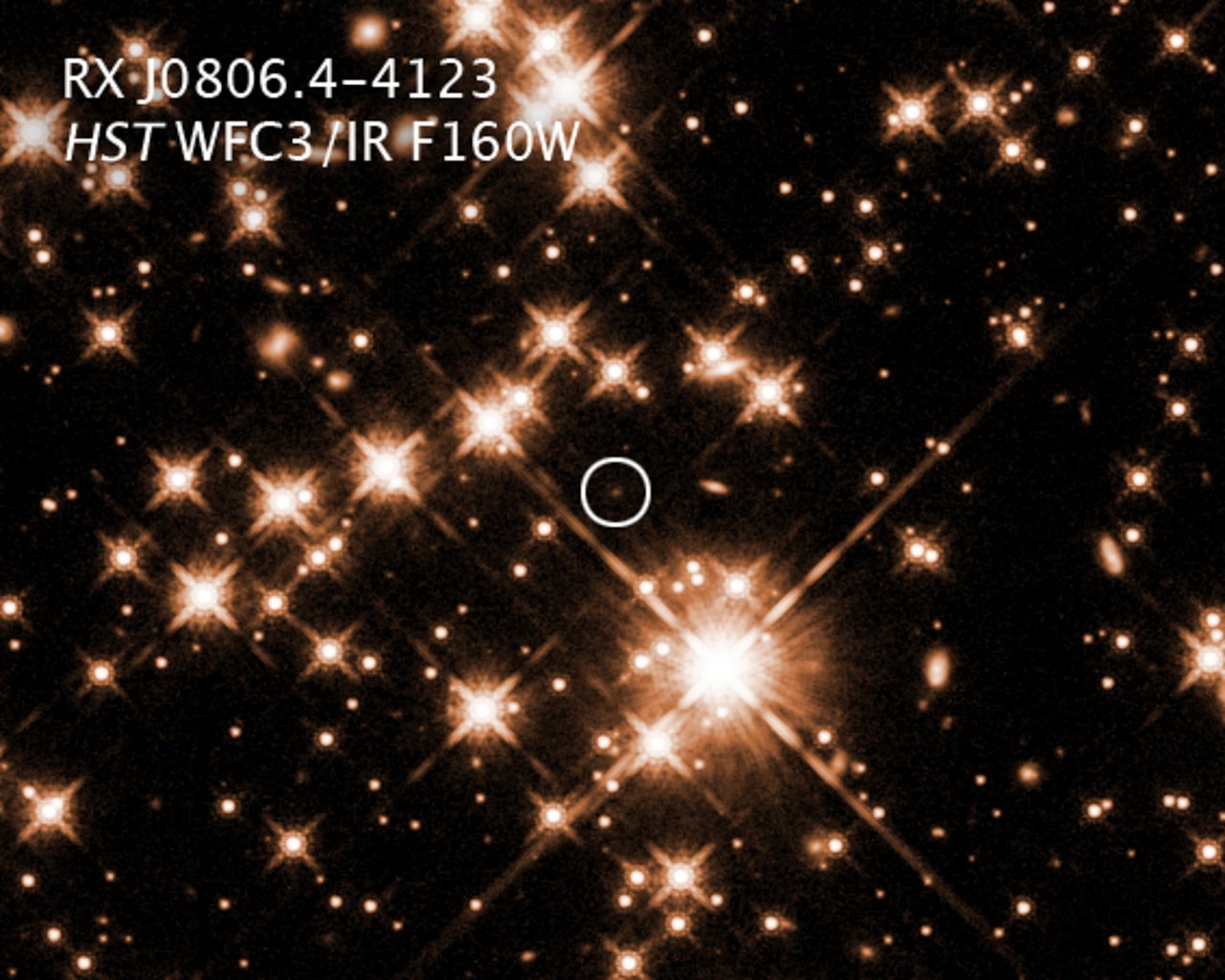 Neutron stars are the incredibly dense remnants of supermassive stars that have exploded as supernovae.

A star’s evolution and ultimate fate depend in large part on its mass. All supermassive stars — stars with an initial mass greater than about eight times that of the Sun — have the capacity to eventually become neutron stars. When a supermassive star begins to die, it forms a red supergiant. After that, these stars explode either evolve into white dwarfs, or become supernovae. If what remains of the core of the star after the supernova explosion has a mass less than about three times the Sun’s mass, then it forms into a neutron star (if the remnant is more massive, it will collapse into a black hole). Neutron stars are fantastically dense. They have a mass greater than that of the entire Sun, but have radii of only about 10 kilometres. A single teaspoon of a neutron star would have a mass of about a trillion kilograms. Neutron stars are so named because they are composed primarily of neutrons, as most of the protons and electrons will have combined to form neutrons under the incredibly dense conditions. Even though they do not actively generate heat through nuclear fusion, neutron stars are incredibly hot, with temperatures far exceeding those of regular stars.

In 1997 Hubble provided the first direct look, in visible light, at an isolated neutron star. The telescope’s results showed the star is very hot (670 000 degrees Celsius at the surface), and can be no larger than 28 kilometres across. These results proved that the object must be a neutron star, because no other known type of object can be this hot, small, and dim.

In 2017 the telescope also observed for the first time the source of gravitational waves created by the merger of two neutron stars. This merger gave rise to an event known as a kilonova — something actually predicted by theory decades ago — that results in the ejection of heavy elements such as gold and platinum into space. This event also provided the strongest evidence to date that short-duration gamma-ray bursts are caused by mergers of neutron stars. Prior to this result, connecting kilonovae and short gamma-ray bursts to neutron star mergers had been difficult, but the multitude of detailed observations following the detection of the gravitational wave event — including those by Hubble — finally verified these connections.

In May of 2020 the light from the glow of a kilonova caused by the merger of two neutron stars reached Earth. Hubble was then used to study the explosion's aftermath and the host galaxy, and found that the near-infrared emission was 10 times brighter than predicted. These results challenged conventional theories of what happens in the aftermath of a short gamma-ray burst. 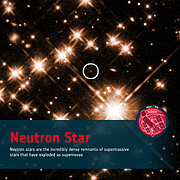 Neutron Star
Neutron stars are the incredibly dense remnants of supermassive stars that have exploded as supernovae.