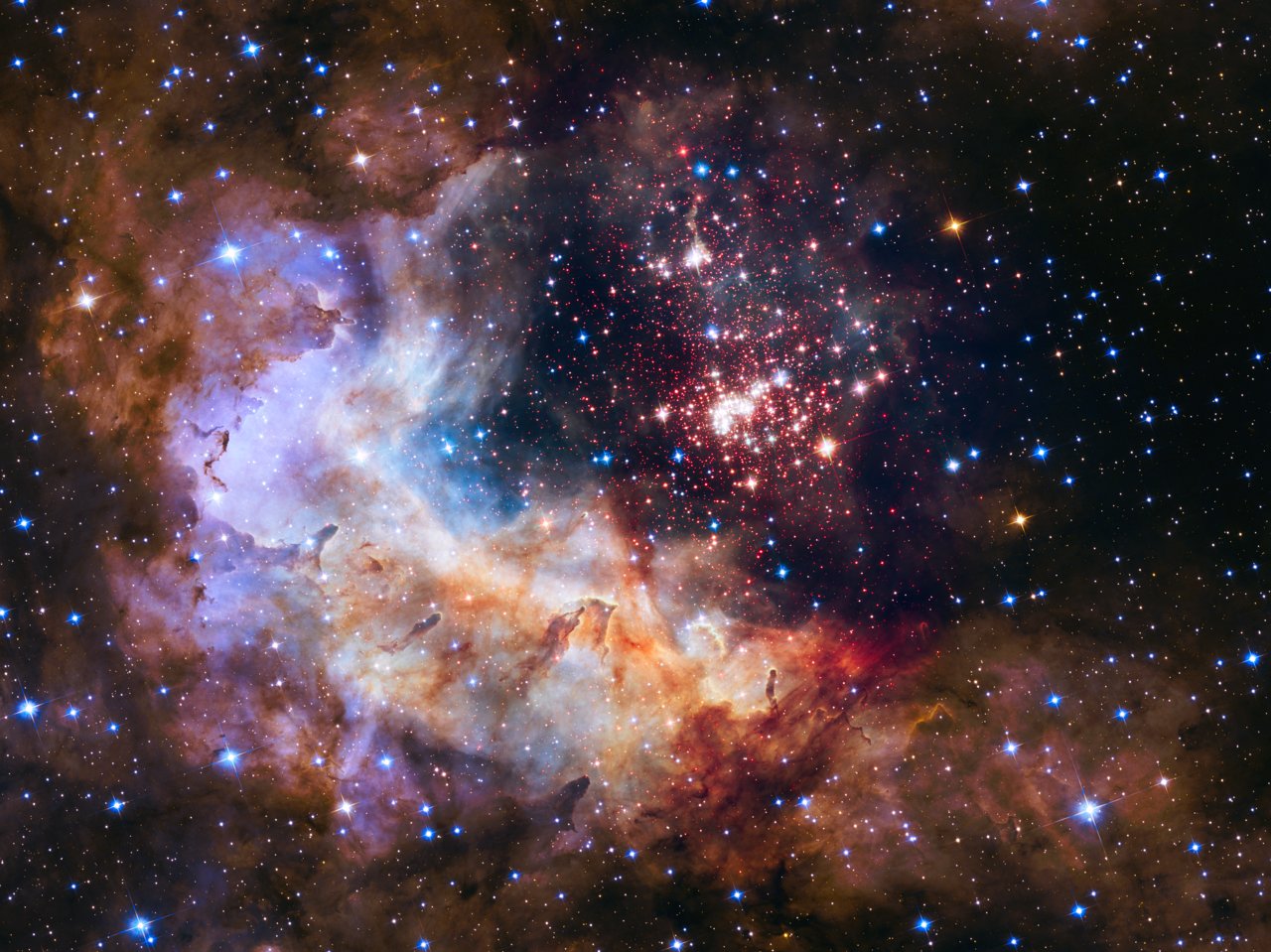 Stellar winds are fast-flowing streams of particles that are emitted from a star.

Whilst stars may appear to be stable and static, they are in fact extremely hot, active and dynamic. Particles, including protons, electrons and atoms, can be emitted from a star, as a result of either the outward pressure from internal fusion reactions, or the star’s magnetic field. Stellar winds in low- to intermediate-mass stars, such as the Sun, tend to be driven by the stellar magnetic fields. Magnetic field interactions give particles in the outermost layers of a star sufficient energy to escape its gravity. This process generates stellar winds that only cause stars to lose a very small percentage of their mass during the stable period of their lifetime (prior to their evolution into red giants). In contrast, some more massive stars cast off their own mass in very powerful stellar winds, which are driven directly by outward pressure from the stars’ own radiation. This type of stellar wind can cause a star to lose up to half of its own mass during its lifetime.

Hubble’s imagery has captured the effects and presence of stellar wind, as seen in the Veil Nebula (pictured here). Astronomers suspect that before the Veil Nebula’s source star exploded it had a strong stellar wind. This wind blew a large cavity into the surrounding interstellar gas. As the shock wave from the supernova expanded outwards, it encountered the walls of this cavity — and formed the nebula’s distinctive structures. Bright filaments are produced as the shock wave interacts with a relatively dense cavity wall, whilst fainter structures are generated by regions nearly devoid of material. The Veil Nebula’s colourful appearance is due to variations in the temperature and density of the gas present. By applying new processing techniques to Hubble’s data in 2021, the fine details of the Veil nebula’s delicate threads and filaments of ionised gas have brought out new details, particularly enhanced details of emissions from doubly ionised oxygen, ionised hydrogen and ionised nitrogen (compared to its previous images in 2015 and 2017).

Hubble has also captured the effects and presence of stellar wind in objects such as NGC 4214, N44F, and CRL 618. 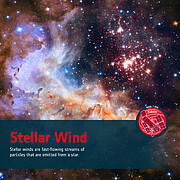 Stellar Wind
Stellar winds are fast-flowing streams of particles that are emitted from a star.